The Trouble with Checking Your Friends’ Microaggressions 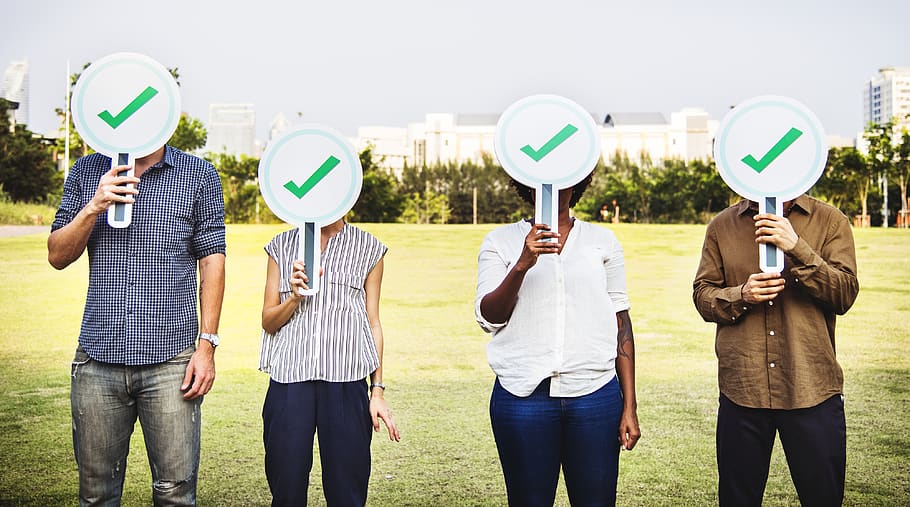 It was just another day for me checking out my social media page. I had gotten in the habit of limiting my time there over the past few years because there have been so many people writing diaries for posts and putting up images that, from knowing them personally, didn’t really reflect what was going on for them. It wasn’t feeling like a genuine experience to me anymore. Lately though I’ve been compelled to make more of a presence due to a massive shift in the climate, people posting less cat videos (though these are truly adorable!), and most notably the increased posts on the injustices (that trigger my racial trauma) happening day after day. Some days it’s too much for me to handle and other days it’s my mission to see them, comment, and share. Inevitably though when reading posts or watching videos, your eyes are going to scale down to check out a comment or two….or 50. One of these days for me, however, gave me a run for my money. Let me share my troubles and issues with checking my friends’ microaggressions on and offline. Hope it helps you answer,  “Should I check my friend’s microaggressions as a Black person?”

I came across a thread highlighting the ridiculousness of the boycott of Nike by those who were angered at the endorsement of Colin Kaepernick. This post displayed its own images of items to boycott such as Budweiser beer and such. One of the images most noted on this post was an “All Lives Matter” image, a clear microaggression. Now I expected to see comments on this line in particular because I have already seen enough people trying to make what they think are valid points as to why this statement isn’t oppressive. What I didn’t expect was to see a comment like that from one of my own friends. It took me aback and for a while I didn’t know what else to do but keep reading comments. This was a bad idea. As others expressed their frustration and rage at my friend, her heels dug in deeper to her points. Eventually I couldn’t read any more of it and was left speechless for a while. This post, I have to say, is not about the comments so much as it is about how I felt then and in the conversation that followed.

I took some time to myself to collect my thoughts, but eventually she called me and brought up the post. I was leary of having this conversation, but thought it was something that needed to happen. What followed was an awkward and difficult conversation about our political positions and personal feelings. I found myself shaping my words carefully and attempting to get my points across, which I did. It didn’t change the fact that the conversation occurred though and it didn’t interactions. It left me pained and exhausted because it was an all-too-familiar exchange that I’ve had innumerable times to count in my life.

As a Black woman I’ve grown used to holding my tongue up till now and watching what I say in many areas of my life.

As a Black woman I’ve grown used to holding my tongue up till now and watching what I say in many areas of my life. This was so instinctive that I’d never taken the time, more so in my youth, to think about why I did that. After years of experience and introspection I know it was a matter of survival and maintaining my sanity. Reading those comments brought up a lot for me as did speaking to her about it after and most importantly it made me see that I didn’t restrict the “cat got your tongue” syndrome for work environments. I was doing this with my friends too and it wasn’t right. In my head I can make all the excuses in the world why I’m not the right person to get through to someone or I might rupture a treasured friendship forever. Don’t like confrontation much? But the reality is I’d be doing a disservice to my community, my friend and especially myself if I didn’t say anything. If I’m prepared to defend what I believe in to strangers or those who wish to hurt me, why is it so difficult to do this with a friend?

When I look at this from a therapeutic perspective it seems so clear. I don’t like confrontation and I don’t want to shatter the glass image I have that my friends are perfect in my eyes because of course I chose them! And yes there is that gnawing feeling of how one person can make a difference in what someone else thinks especially when it’s such a strong position. Above all though I know that it was my exhaustion with having to be THAT GIRL that was the problem. The one who translates everything for her non-black friends. The one who is never offended when someone says something offensive as long as they didn’t mean it. The one is so agreeable that it seems I’ll agree on all ideas and topics. I don’t want to be THAT GIRL anymore and I want to challenge my friends to be the best possible individuals that I saw in them when I invited them into my world. Regardless of the outcome we should all be willing to be challenged to be better people. How else do we grow? How else do we create the beautiful world that we truly want if we’re not able to stare at the ugly parts head on and say no more…even if it is within ourselves.

This reminded me of one of my favorite lines from the first Harry Potter movie. **SPOILER ALERT and NERD ALERT** Dumbledore says to Neville in the pivotal last scene of the movie just before he assigns those last few points to Gryffindor, “It takes a great deal of bravery to stand up to your enemies, but a great deal more to stand up to your friends.” I believe in this whole-heartedly now and although I’m still a work in progress like many of us out there, I’m willing to take on this challenge. To be a better person, to challenge those I love to be better people and build a beautiful world that I help to create.